June 26, 2019 ArtQuench ArtQuench TV, Featured Artists, News, Out and About Leave a comment

Bailey James is a Teen with an impressively powerful voice that is destined for greatness!

With over 150k followers across her social media platforms, this PA native country artist is stamping her name in country music. She is currently on a full-fledge radio tour in support of her current single Devil Won’t Take Me Down.

ArtQuench recently spoke with Bailey about life and although young, the long road she has traveled.

Bailey says she has a family that has inspired her to share the amazing talent she holds. ” I can remember my grandmother singing Amazing Grace when I was with her and I picked it up when I was around 5 years old and that is all I would sing. I knew then at my young age that I loved music. My grandmother was important to me and influenced me in many ways. She would read to me a lot and that was wonderful.”

Bailey expressed that her Grandfather,Mother and Father were huge country music fans and she would often hear music of this genre. She said her father used to take her to ballet and on the drive she would hear Johnny Cash Walk the Line and so she learned how to sing along with him. 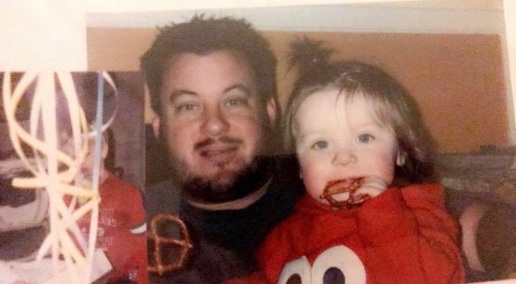 Young Bailey and her Dad

Many of the things we do in our daily lives can be inspirational to those around us without an expression of teaching. So many things came from the musical influence she received from her family, like when Bailey moved to a new school at the age of 9.

Bailey and her cousins

Bailey and her Dad

“I was an introvert and felt like I didn’t fit in in many ways. Music helped me to shine in my own way. I remember I tried out to sing The National Anthem and my music teacher said I was too loud, this crushed me. It has not always been easy, but music has always been there for me during any set backs I have endured.” 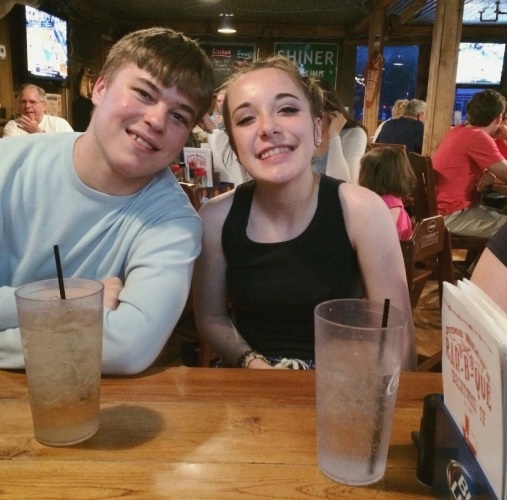 Bailey and her brother Zane

It was at this time that Bailey became very serious and asked her parents for vocal lessons. She would now be connected to World Renowned Opera singer “Diane Reed”. “Diane helped me learn how to control my voice”.

Soon after Bailey entered a talent show in school, she was nervous but gave it her all and it was at this moment that her parents said “WOW!” Bailey now had her parents support in helping her to make a CD in a little studio. The CD consisted of songs from Patsy Cline, some opera and LeAnn Rimes.

“We knew nothing of how to go about getting my music out in Nashville to someone with influence in the business to help us. So we literally went door to door. We learned a lot and went back home to do our homework. We had a plan and we started social media. I began doing some covers on youtube and building a following.”

It was a long road from PA to Nashville but the family made the move. Just two days after the move Bailey’s brother Zane took his own life. Now everything went silent as the family needed to come together in helping each other through this time of grieving.

This made an impact on Bailey and she has since become involved with,

According to the stats from The Jason Foundation, suicide is the 2nd leading cause of death for our youth ages 10-24. Four out of five teens who attempt suicide have given clear warning signs. “I’m honored to be a part of such a powerful organization,” says Bailey James. “To be their National Youth Advocate means everything to me. I lost my brother to teen suicide a few years ago and if I can help make a difference in one person’s life, I have done my job.”

As the face of The Jason Foundation’s latest awareness campaign, Bailey has released a song I Won’t Be Silent which she premiered on WSM’s “Coffee, Country & Cody” with Bill Cody and also performed it on NBC’s “Today In Nashville.” The song is available on all major streaming and digital retailers. She is wanting to make a strong impact on this national conversation by also offering the song for free. To receive your FREE copy of the song, visit www.baileyjamesgang.com/jfi/ or text JFI to 797979.

Bailey still had a lot of work to do for people to know who she was and hear her voice. She created a country sound and with singles on the radio things were starting to move forward. Bailey’s father lost his job and hardship was evident. ” My parents through everything kept me pushing forward to go after my dreams and I know this has been a hard time for us all.”

Her writing has continued and her latest song with an all new style “Devil Won’t Take me Down” is creating a buzz. Bailey has gone on to audition on American Idol with “I Put a Spell on You” and had a wonderful experience in the Hollywood round meeting the World famous judges including Luke Bryan.

You are an inspiration to us all Bailey, so young and determined even through such hardship. You carry a strength that takes most a lifetime to hold. ” I am an old soul” Bailey said and yes, I believe that you are. Bailey plans to continue to help others through The Jason Foundation and has an incredible future ahead.

(she released her song “I Won’t Be Silent”).

For more information, visit Bailey James at the following: