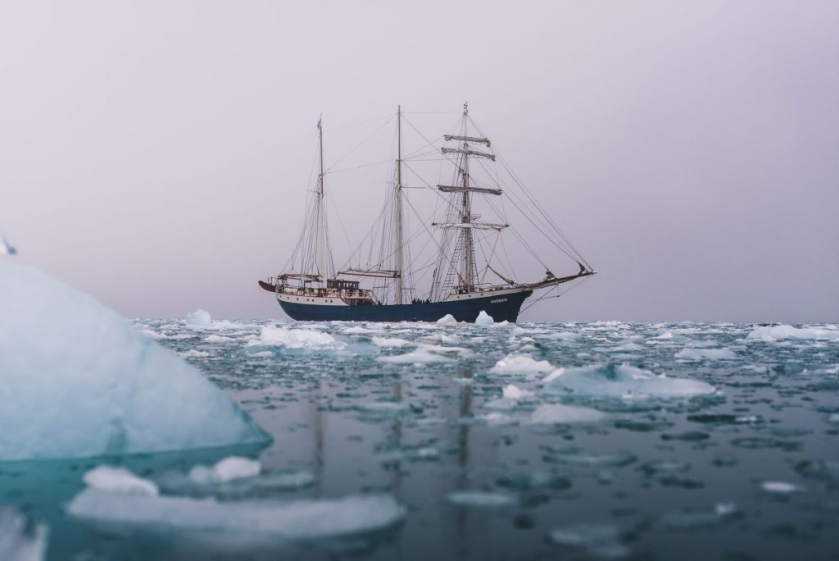 November 29, 2018 ArtQuench ArtQuench TV, Featured Artists, News, Out and About Leave a comment 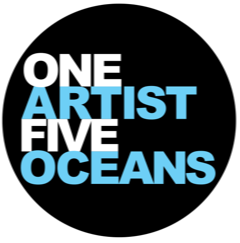 I will sail to Antarctica in February 2019 to capture my final ocean and complete this goal. I began my quest to paint the Earth’s five major oceans in 2001 and since then, I’ve traveled over 30,000 miles on sea, painted more than 200 bodies of water, and painted water in 22 countries. I am committed to using my art to forward our public conversation about how climate change threatens our seas and what we can do, in our own lives, to support the environment.

Reflections on the Pacific Ocean

The Pacific Ocean is so large, it is bigger than all the land masses on the planet combined. Thirty percent of Earth is covered by the Pacific Ocean.

I grew up very near it in Northern California. For me, the Pacific is an ocean’s ocean. It is what oceans “should” be, because that was my first exposure. I am certain that someone who grew up next to the Indian Ocean would feel the same way about their ocean. It’s my deep, dark blue neighbor. Actually, I always have thought of it more as a family member than a neighbor because it was always there for me. Always fun. Always interesting. Special occasions are often celebrated with the Pacific Ocean.

It was the first body of water I ever considered drawing. I distinctly remember a time when I was sitting on the beach with my mom and dad when I was about 12 years old, staring at the Pacific. The water was moving, crashing, and creating incomprehensible shapes around the rocks. I remember thinking, “I’ll never be able to draw that.”

I have painted it! “Santa Monica” is about the peaceful quality of the Pacific Ocean. It was named “Mar Pacifico” by the explorer Ferdinand Magellan which means, “the peaceful sea.”

In a formal sense, “San Pedro” is about the block of shapes at the top of the canvas juxtaposed with the more organic shapes in red, lending themselves to the fine, delicate lines in the most intimate part of the canvas, the bottom center. Conceptually, it is about the exchange of goods, people, and ideas that have been coming in and out of the Port of Los Angeles for centuries, thus the “script” in red. Twenty percent of all cargo that comes into the United States comes through this port.

“Holiday on the Marina III” is about the pleasure the Pacific Ocean has always given me. I’ve taken the lights reflected from a boat in Oxnard and made them dance the way I feel when I’m on the water.

“Channel Islands Harbor” is all about that turquoise color at the top. There is a sweetness to the boat and the cool sunlight. It feels mid-century California to me.

I like to alternate between realism and abstraction. “Channel Islands Harbor V” is a good example of my more “realistic” style. Still, there is no narrative here. The painting is about the blues and golds, cut by the stripe of turquoise one third of the way down from the top.

Probably my most “realistic” water painting is Santa Monica Pier. I have always been interested in the shapes made by voids in sea foam around piers and other structures. I like to look at them. 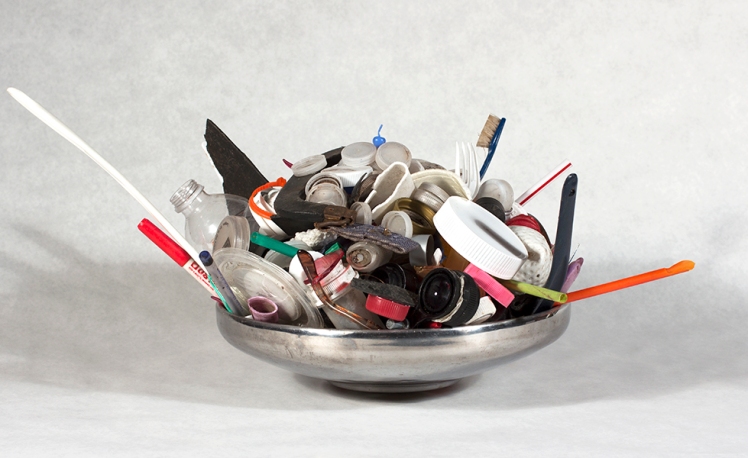 Using ubiquitous pieces of plastic like bottle caps and straws found on the roadside, along the beach, or in my own house, I created Part of a Complete Breakfast to make a statement about the ever-present nature of plastic. In the ocean, some of the plastic sinks, and some of it gets broken down by the sun and waves, but never completely disappears and thus gets eaten by fish, turtles, and mammals. It threatens the marine life, the ocean’s ecosystem and, ultimately, us.

The Pacific Ocean, the largest ocean, our neighbor, our friend, and home to a whole world of sea life. Let’s keep it clean.

READ MORE at ArtQuench About Danielle