Amy Elizabeth Harper to the family!

Amy has been given many gifts in life and she takes them seriously.

Her ambition and talent will certainly inspire!

Amy Elizabeth Harper was adopted into a wealthy family of Los Angeles before
she was a year old. She developed quite a career as a child actress by the age of 5. 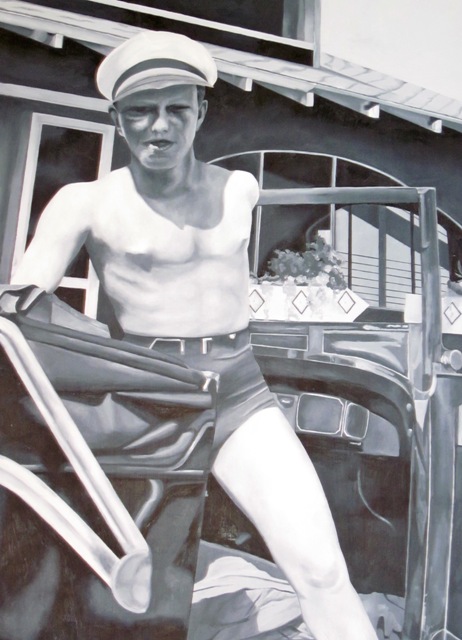 As an infant she booked an international campaign for Gerber baby food and became the face of Gerber for over a decade and was published in over 90 million magazines.

After booking the lead on the TV shows “Eye on LA” and “Minnie and Me” a career in acting seemed inevitable. However, Amy desired to fill her time with sketching rather than acting. Soon, the aggressive strengths and compulsions of the family dynamic at home left her in an very difficult and problematic household.

Through these years, Amy cultivated drawing and painting skills which received
very positive feedback. She was accepted on a full scholarship to Lorenzo DeMedici in
Florence, where she could practice and hone her skills in peace within the opulence of
Italian art history. She sought out the authenticity and ambitious soot of the streets of
Florence, rejecting anything and everything idealized as a result of her formative years
on the screen. She exhibited at the National Gallery and was finding extraordinary
solace within printmaking.

She returned to LA after the completion her course of study and functioned in
accordance with her only knowledge of the environment, working for Hugh Hefner as a
playboy bunny at the playboy mansion. Her life developed into time compartmentalized
with nudity and parties. A year after her induction into her bunny suit, a close friend of
Amyʼs passed away, jarring her back to actuality. 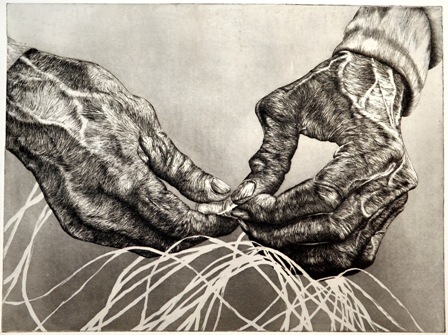 Amy exiled herself to Europe in an effort to escape a life void of salient qualities.
She has dedicated herself to study and the pursuit of temporality within art. The past 10
years have been a search for her own history within the faces, hands and narratives of
others. Exceeding all the standards of process within the methodologies of her personal
printmaking process has provided a sanctuary of intellectual freedom and ownership of
singularity, which defines her subject matter still. Coming back to art to find contentment
within printmaking has provided a vehicle for crystalizing her experiences of the world
into something tangible. 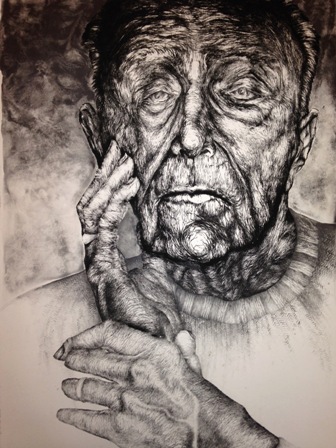 Amy has exhibited her work in the Academy of Fine Art in
Beijing, Leeds College in the United Kingdom, the Diego Rivera Gallery in San
Francisco, and Gallery 825 in Los Angeles. She is currently living in Los Angeles and
working on a new series of intaglio portraits. Her print practice is thriving and she is
working towards a permanent move back to Europe now that she has found freedom of
voice and sentience within her art practice.

Don’t miss out on this month’s art competition! This one could win you the cover of AQM!