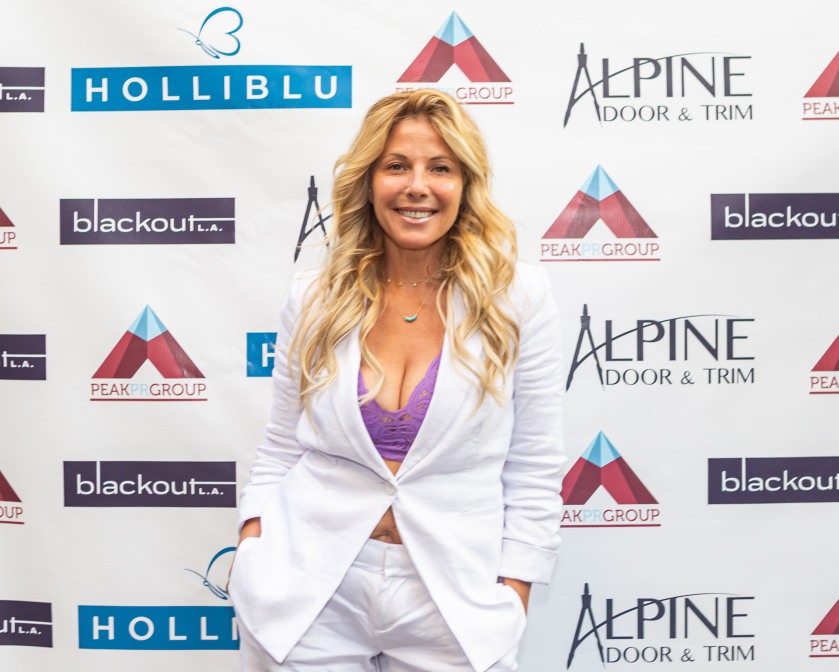 October 5, 2021 ArtQuench ArtQuench TV, Featured Artists, News, Out and About Leave a comment

On the red carpet for Holliblu nurses event

Every Mom knows that raising children and taking care of a home is a full time job. School commitments and sports are literally a full days work. Then there is cooking, cleaning, homework and the basic fundamental needs of being emotionally there for children. It is not an easy task. I have had many moms share their stories with me and expressing  how they feel like single moms even though they have a husband. “He goes to work all day, that’s the easy part.”

Whilst raising children is also a wonderful gift to parents, let’s face it, it’s exhausting.  Women put  their lives on hold, many only get to follow their own dreams, if at all,  when their children become older and are more self sufficient. 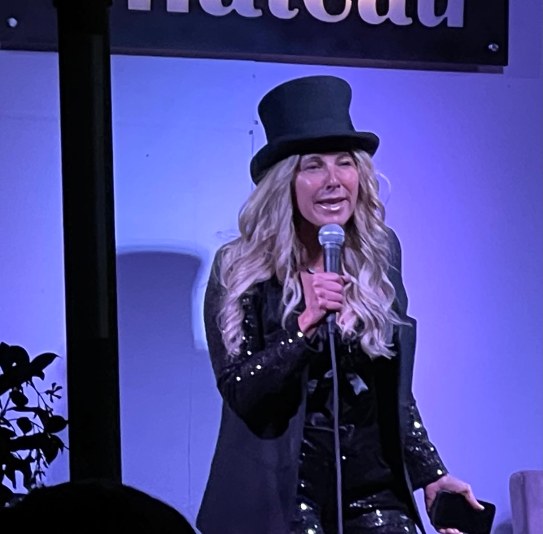 “everyone can wear many hats- I choose a top hat! “

One mom who is a great example of this is comedian Jessica Winther.

To meet her and feel her energy, one can’t help but smile as she gives you her big grin and throws back her main of blonde hair- “It’s my Farrah Fawcet slash Heather Locklear look pre meltdown.”

Jessica has a infectious raspy voice that has served her well on the many stages, commercials and movies she has appeared on over the past few years.

Jessica’s story is exceptionally inspiring because even though like most of us – she has had her ups and downs, she prides herself on being a fighter.

In 2017 Jessica decided she wanted something for herself. Having been a full time mom, homemaker, the head of the PTA, Little League coach and raising her two children (a son who was aged 17 and a daughter 12 at the time), with a mostly absent working husband who is a successful Hollywood Producer, her picture perfect “housewife of the 818” existence was not enough for her.

She needed something for herself.

“I just wanted something that was mine. I believe we are all capable of doing many things, of wearing many hats- a top hat for me in some cases!” She quipped.

Her fate  was sealed when she ran into actor comedian Jeff Garlin at a car wash (their children were classmates). Jeff invited Jessica to a comedy show at famed comedy club Flappers and even offered for her to meet his agent.

“Something made me go to that show, I even drove all the way from Orange County to Flappers, he changed my life. As soon as I saw the show, felt the energy, I knew this was what I should be doing, I signed up for an eight week comedy course at Flappers, did my first show there and never looked back. My first four minute set felt like four hours, I had my notes in my back pocket, but I never reached for them. It felt natural to me. Around that time my gracious friend model/ actress  and comedian Eugenia Kuzmina introduced me to her friend Vargus, and he put me on a The Comedy Store. My friends came to support, it was magical.” 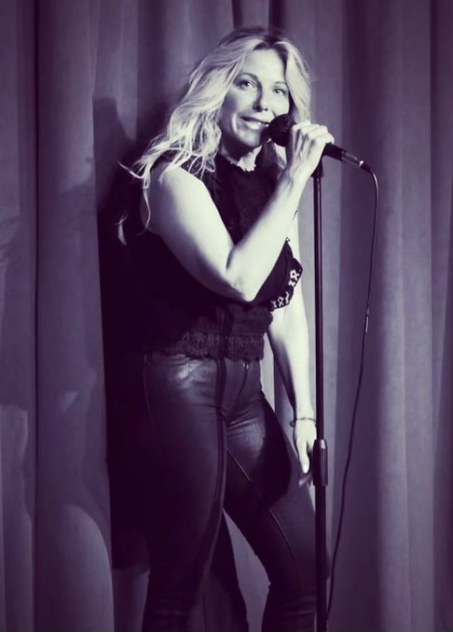 Jessica admits she uses the stage now to work through her daily thoughts and observations. “I have always been told I am too loud and opinionated, which may or may not be true- so now I have a platform to be myself and have a fun doing it, and not care about judgment. I have my voice finally.” Jessica also started a new fitness regime, shedding 40lbs with running, gym workouts and a healthier diet. She went blonde from brunette and says about that time,

“I finally recognized who I was meant to be.” 200 shows later, some which she has produced and busier than ever, Jessica (now separated from her husband) balances her family life with her two children and finds her own joy on stage and has self appreciation.

“I work hard, I am committed.  My children are my first priority, that will never change. But hey, with a lot of hard work, and making time for myself too, I too can be a priority.”

Hosting at Notoriety in Las Vegas