July 11, 2018 ArtQuench Featured Artists, News, Out and About Leave a comment

Susannah B sends electric energy, spiritual wisdom and pure inspiration to the soul through her music.

Susannah B is creating music that is meant to encourage and lift the spirit. In speaking with Susannah I found a bright, intuitive and sensitive person who has learned many lessons on her journey and is incorporating the understanding of those lessons into her music. Susannah says it can be hard when you put your heart and soul out there and you are vulnerable to criticism especially if not received well by those you care about and respect.

I asked Susannah what is the meaning behind her song “I am Here”. “For me it means total acceptance of the situation. Before you can change any situation you have to first accept “what is”. I believe this is the primary key.”

As we all have similar lessons in these areas we can relate to the lyrics of her music. When you add the lyrics to the new age contemporary vibe it opens the doors to a meditative state of mind and you can feel a healing, a calming, a sense that everything is ok.

With Susannah’s wisdom and original sound I have no doubt that her success will continue as I believe she has a great purpose in helping others through the use of her perfected craft. -Stacia Gates

Susannah B is multi-talented actress, singer-songwriter. Her catchy groove driven,
alt contemporary pop rock songs have not only garnered radio play but
have been featured in TV/Film including MTV’s “My Super Sweet Sixteen,” and
“My Super Ex-Girlfriend.” Susannah’s accomplished background as an actress
provides the foundation for her graceful yet entertaining performance style that
is at ease in a variety of musical genres. Susannah’s newest CD “Far More,” is a
wonderful showcase of her warm, clear-as-a-bell voice that is both meditative and inspirational.

Born in Manhattan, Susannah was raised by artistic parents , photographer Richard Blinkoff and composer-lyricist Carol Hall , who both moved to New York City to pursue their creative dreams and always encouraged their kids to do the same.

Susannah’s childhood was filled with music and theatre. Her mother recorded two albums for Electra Records in the ’70s, toured with Kris Kristofferson and Don McLean, wrote songs for the children’s classic FREE TO BE YOU AND ME and for the hit Broadway show THE BEST LITTLE WHOREHOUSE IN TEXAS. Susannah hung out backstage at the 46th Street Theatre all through high school (now the Richard Rogers Theatre where HAMILTON plays). She grew up surrounded by many successful writers and musicians and found it both inspiring and sometimes a little intimidating. At parties, family friends like Lesley Gore and Martin Charnin (ANNIE) as well as Susannah’s childhood friend Adam Guettel (FLOYD COLLINS, LIGHT IN THE PIAZZA) played their songs in the living room while Susannah just listened. She never imagined she would someday end up writing songs, too…instead, she focused on acting.

For elementary and middle school, Susannah attended the famously liberal Little Red School House in Greenwich Village where the atmosphere was artistic, progressive, and politically charged. Many of the teachers and parents had marched in the civil rights protests of the ‘60’s. The school played a huge role in shaping who Susannah is today. It’s also where her love of African-American spirituals was born.

Susannah made her Off-Broadway debut when she was a freshman in high school, but then chose a regular education over becoming a professional child actress. At Brown University, she acted in over 20 plays alongside fellow students Laura Linney, Richard Topol, Tim Blake Nelson, Todd Haynes, and Pulitzer-winning playwright Lynn Nottage, among others.

Susannah co-wrote the film BELLYFRUIT and wrote the opening title song with composer/producer Stephen Bray (Madonna, THE COLOR PURPLE). Multiple songs from her album LET’S PRETEND made the Billboard charts in Hawaii, Nebraska, and North Carolina. Other career highlights include singing in the Williamstown Theatre Festival cabaret with Christopher Reeve, studying with members of the Royal Shakespeare Company, and working on Broadway as a “pit singer,” providing vocal support from the orchestra pit while leggy chorus girls danced above her head. She recently performed her one-woman show DAUGHTER OF to sold-out crowds at the Hollywood Fringe Festival and appeared in the film GIRL FLU with Jeremy Sisto.

Susannah is also an educator and activist who believes in the deep, healing power of music. She is committed to helping those who are often invisible in our society find their voices. To that end, she has taught acting and writing to homeless teens and teen moms in Hollywood and East L.A. She has been a foster mom and still volunteers with foster youth. And she leads a singing class every week for incarcerated and recently paroled men in South Los Angeles. 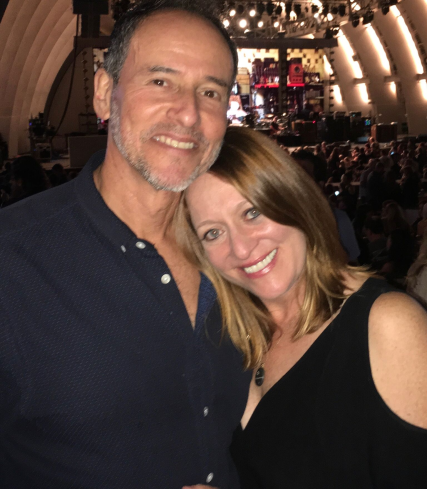 Susannah lives with her son, husband, and a white fluffy dog in Silver Lake (L.A.). 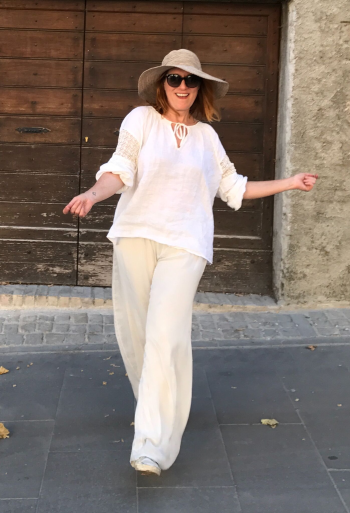 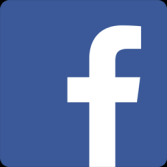