April 10, 2018 ArtQuench Featured Artists, News, Out and About Leave a comment

Chrissy Metz, the star of NBC’s #1 show “This is Us” (Kate Pearson) closed her two week book tour with An appearance at LA’s The Grove on April 8 , to discuss her new inspirational book “This is me: Loving the Person you are today.” The event was moderated by her on screen love interest Chris Sullivan, who plays Toby on the hit show!!

Their chemistry is electrifying and you can sense their friendship and admiration for one another from the moment they came out to begin the discussion with the hundreds of fans and friends that came out to support Chrissy and meet her in person.

The event was sold out and drew one of the largest crowds ever for Barnes and Noble so it was an honor to be there and support her and hear inspiring stories from this Emmy and Golden Globe nominated star who this year won the SAG award for Best Ensemble Cast for all of the actors on the show. 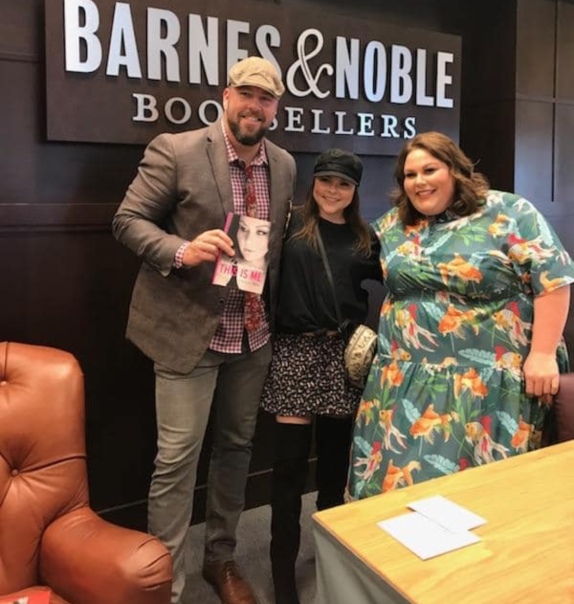 This has been a major year for Chrissy who was thrust into superstardom due to the huge success of the show “This is Us”. Chrissy is always candid about her past and explaining that she was no overnight success as she always had a passion for arts and music and sort of worked her way up, she even worked as an agent for about a decade and she always knew she wanted to do her art instead, so as she maneuvered getting auditions over the years,  then this script and this role came along and the rest is history really when she decided to devote her all and her true passion to what she really wanted to do. In the book she writes “Deep down I still wanted to entertain, to relate, to love through art”.  She also tried to break into the biz in 2007 when she auditioned for American Idol so she kept trying and always knew in her heart what it was that she truly wanted. 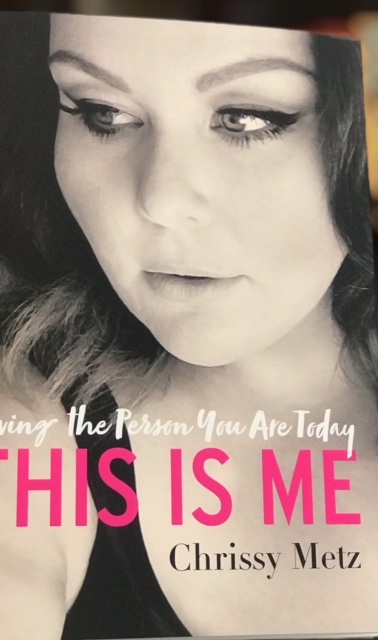 In the book and in person Chrissy very openly discussed her childhood and forms of verbal abuse and bullying she dealt with growing up as a larger plus size female. Her stepfather was very mean to her and he would make her weigh herself and then ridicule her for her weight. Not really a nice thing to do to a kid and she said a lot of that has stayed with her still to this day, but she is very optimistic and sees the positive in everything and everyone. She never really felt differently about herself growing up and dealt with bullying but always moved on. A very strong girl indeed. 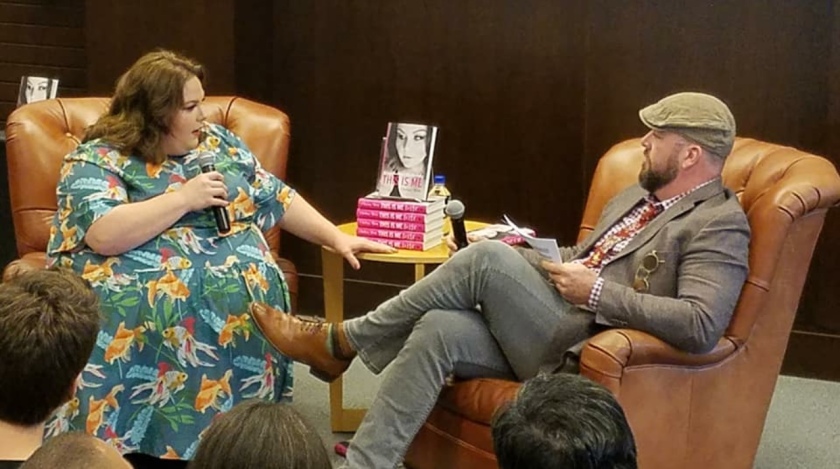 Chris asked her if she called everyone in her family and her circle of friends to let them know that she would perhaps talk about them in the book she replied “Nope” really quickly. She said everyone had been very supportive and proud of her and a lot of her relationships are healed because she chose that for herself and her own well being.

Chrissy shared a lot about her newfound fame as well as she is still trying to adjust to it. She told us a funny story about a fan who really wanted a photo one day and they were pulling all stops to get one with her and even stood in front of the car she was in. I think she was on her way to something important and she even had a conversation with the fan and their family member but the conversation wasn’t enough they needed a photo to validate that they met her so she’s a little surprised at that and the lengths people will go of they don’t get things the way they want instead of just enjoying the experience and conversation alone.  Other fans follow her in restrooms and other areas and cry and tell her that she’s helped them and she loves all of the stories and the fan communication but as fans grow a lot of people don’t really respect boundaries. Chrissy is so sweet though and wants to make everyone happy but the lesson is people need to realize she is human too and she is learning and growing along with everyone else.

She was so excited to be in LA for the last stop on her book tour. Her managers, agents, acting coach, publicist Cheryl McClean, Voice coach, cast members and other industry friends all came out to support her because in the first week of release, she is now a New York’s Time Best Selling Author with the number one book in the country and that’s huge and a dream truly that has come true for her.

Lastly, because the event was so positive and so uplifting she really gives everyone hope especially when she discusses her own journey and that we all need to do what we love and to be happy because in the end that is what matters. And to be grateful. You can tell she is genuinely grateful and it comes off in her essence and her heart. I’ve met her before and she’s still the same sweet, funny, charming girl and I don’t think she will ever change. You can even see that tone of gratitude in the acknowledgements of her book where she writes “Lastly, to the folks that told me no, passed me up and counted me down and out,  You were always part of the plan. Thank you.” 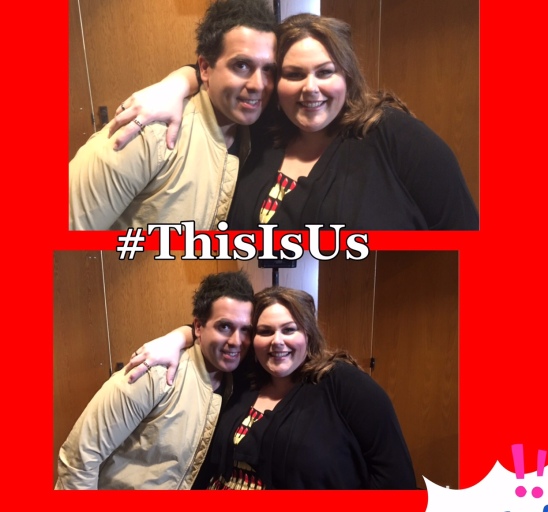 Chrissy will return as Kate Pearson in season 3 of “This is Us” and also begins shooting a lead role in a new Fox Studios film and she also told the crowd she would love to pursue her music, release an album, and even tour. The world is her oyster and I believe we will be seeing so much more from Chrissy for many years to come. I felt the inspiration and so did the entire crowd. We related with her, empathized with her and left with that feeling of hope that we all need. We wish Chrissy nothing but continued success and you can keep up with all things Chrissy on her social media pages below and the book is in all stores now!! Get your copy today!! 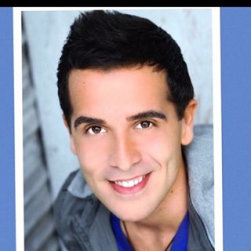 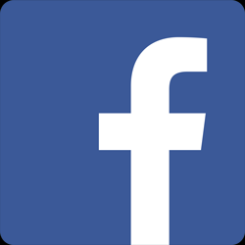 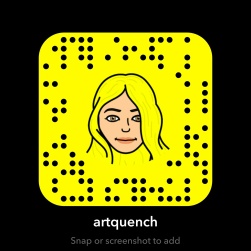