April 20, 2017 ArtQuench Featured Artists, News, Out and About Leave a comment

ArtQuench is Proud to Present

We introduce you to an artist whose astounding surrealistic work bring viewers to become submerged in fantasy and wonder. It takes great courage to pursue a path that is unknown.  The daydreams of a young boy would lead to life choices and an outcome that will inspire. 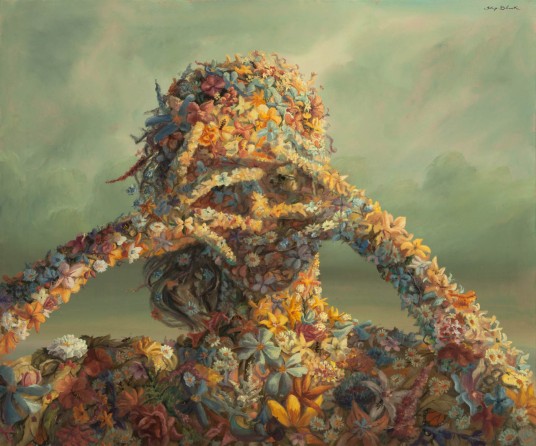 From an early age, I traveled with my Mother and Brother at first living on the Hopi Indian Reservation in Arizona, then to the East Coast where we traveled for her job. Some of my first memories were on the Hopi land and in places like Georgia and New York City. We finally settled down in Michigan where my Mom re-married and continued to raise children. I was one of seven kids and grew up in Michigan with an obsession for sports, playing outside, and following my imagination into the surround forests. As a child I remember being able to fantasize and journey deeply into my own self satisfying daydreams. Halloween has always been my favorite holiday and my first artistic influences might be traced back to the Saturday morning cartoons like Bugs Bunny, Scooby Doo, and the entire Acme team of cartoon characters. Some of my first skecthbooks featured detailed drawings of characters from shows like Dragon Ball Z and recreations of famous album covers.  However, when I was in my late childhood and teenage years, I still wanted to pursue a life in a professional sport (either baseball or basketball at that time).

It wasn’t until I was 16 years old when I was injured from sports and inherited an entire professional oil painting kit after my Great Grandma passed away. She painted until she passed. I was immediately drawn to oil paint and had gathered more influences by this time, especially in music, fictional literature, and film. Both of my parents had always been supportive of any path I chose to pursue and it didn’t take long until I realized something that continues to drive me today. As an artist and painter, I realized that I had a seemingly infinite amount of freedom to create, narrate, and visually unpack the many images and stories that had been incubating in my imagination. This inspiration coupled with my desire to learn how to oil paint quickly put the idea of becoming an artist into the spotlight.

By the time I had graduated high school, I had been painting and sketching on every piece of paper I could find and there was no doubt that I was becoming an artist. However, making the decision and commitment was a tough one. I was offered a full ride scholarship for academics to Northern Arizona University but the beginning of the school year was about to be conflicting with a fairly large project I was collaborating with another artist on. The painting we were doing together was for a competition called Art Prize in Grand Rapids MI. It was nearing the deadline and I still hadn’t decided when I came to a key realization that I would make this opportunity to pursue art work through studying under mentors, books, and applying rigorous practice. These three practices laid the foundation for my professional career as an artist and I was able to confidently decide not to attend a University. Since then I have produced over 200 oil paintings and many of which have found nice homes with collectors of all types. I continue to read/listen a tremendous amount of books, pursue new mentors, and paint everyday I can. 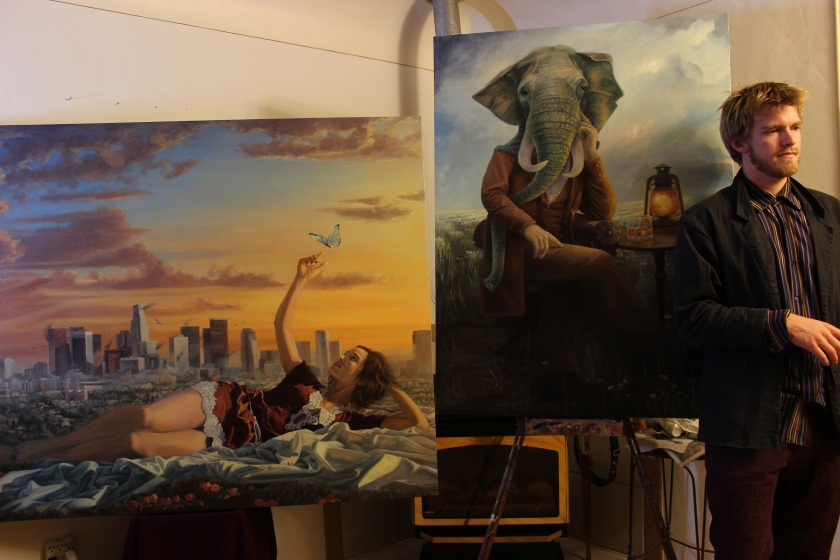 SUBSCRIBE to our newsletter to receive updates and invitations!