His many amazing talents along with his ambition has created one incredible journey.

Graduating in Medicine and Surgery at the University of Copenhagen

He has been president of AEIMS, the European Association of Medical and Scientific Illustrators and in 2009 he organized the AEIMS Congress at the Natural History Museum of Milan. That same year, Larsen began showing his artwork. Since then, he has had exhibitions in many galleries in Italy and abroad as well as art fairs.

Claus was awarded the International Peace Prize in Art G.O.M.P.A

And much more…Read on

Claus Larsen was born in a little town outside Copenhagen (Denmark), in 1954. He started painting at an early age and began showing in Copenhagen galleries at a young age. 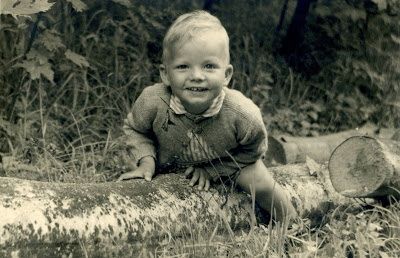 During this time he was drawn to medicine eventually graduating in Medicine and Surgery at the University of Copenhagen . 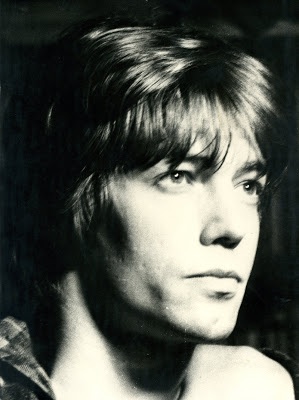 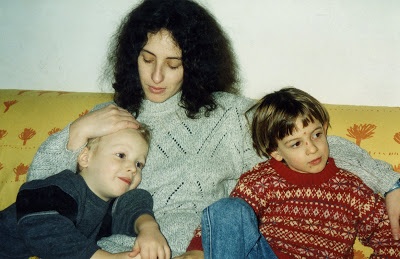 Since the early 90’s, he has been invited to lecture at various universities in Milan, Bologna, Lucerne and Zurich. In 2007, Zanichelli published his book “Artistic Anatomy,” using digital technology similar to 3-D graphics, which allowed the reader to investigate anatomy through extremely realistic and volumetric models.

From 2007 to 2013 he has been president of AEIMS, the European Association of Medical and Scientific Illustrators and in 2009 he organized the AEIMS Congress at the Natural History Museum of Milan. That same year, Larsen began showing his artwork. Since then, he has had exhibitions in many galleries in Italy and abroad as well as art fairs in Italy and abroad. His work “Metamorphosis” was chosen for the London 2012 Olympic Fine Arts. Under the patronage of the IOC, with the approval of the Ministry of Culture of the People’s Republic of China and jointly organized by the China Society for the Promotion of cultural and Art Development as well as, the Beijing Association for the Promotion of Olympic-related culture. Artists from different countries exhibited 500 contemporary artworks of the highest level.

In 2013, Claus was awarded the International Peace Prize in Art G.O.M.P.A and the works were exhibited in Monreale, Sicily.

In 2014, his painting The Divine Forest, which will be on display at the upcoming WWLA art show, was chosen for the First Biennial of Creativity in Verona, Italy.

Larsen is one of those artists capable of retracing art history backwards and
forwards, interpreting each stop with a new slant and dreamy interpretation translating the historical suggestions into a fairytale grammar of compelling
actuality. As with other painters of our times such as, John Currin, Neo Rauch, Glenn Brown and Mark Ryden, Larsen proves to have profoundly learned the lessons from our great masters. With scrupulous precision similar to a chemist, he has mastered the technique of preparing his colors just as our ancestors practiced.

He uses natural pigments, grinding and mixing them to create artisan handcrafted oils as well as, creating his own egg-tempera. Larsen is not a simple technical contrivance or the crowning glory of these techniques. He gives us paintings of the highest definition, which he then inundates with optical illusions, or traps for the eye. 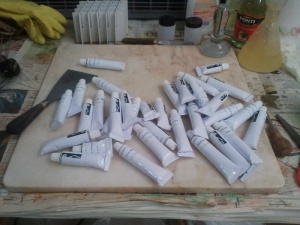 It is not happenstance that Larsen is also an expert in three-dimensional design; a digital technician bewitched by the oldest hands-on techniques. Visual distortions and paradoxical effects worthy of Escher are in fact the focus upon which the artist places his magnificent imaginary visions, often taking place in a thriving natural theatre such as in “The Nightingale.”  His approach to painting is typical of a humanist yet coupled with scientific expertise extending from chemistry to the perspective. Then he integrates his supreme knowledge of art history to paring this with a completely contemporary narration, one that leans towards the imaginative; that of fables, myths and legends.

In the works of Larsen one can see the great art from our past sprouting, then blossoming in the form of an unambiguous tribute, as in the case of “The Paladins.” Images of a Magritte-type representation where the suggestions of the famous work by Magritte, “Empire of Lights”, are translated into the serene
representation of a Palladian villa with back lit windows.

In this tribute to one of the great Italian Renaissance architects, the famous Villa Capra of Vicenza, also known as The Rotonda, the artist substitutes the statuary on the facade with penguins. In the Italian title, Pinguini paladini, the artist plays with the rhyme and harmony between the birds and the name of the great architect Andrea Palladio (Palladio/Paladini), well aware of introducing the actual theme, the risk of extinction of a protected species. Paladino literally means, protector of the palace. Those who should be protected, the penguins in danger of extinction, become the protectors according to an overturned logic, typical of today’s reality where the bending and the flip-flop of values is a recurring and aberrant practice.

Therefore, nature is one of his primal themes. His centrality has esthetic character when for example, he recalls environmental decline and degradation or, when he alludes to the imaginary pastoral scenes that take on political value the moment in which the work causes the observer to reflect upon the urgent issues regarding ecology and the protection of the environment.

Licia Spagnesi wrote that for Claus Larsen “the painting is an open window onto the subconscious, which offers a destabilizing image of reality.” He gives us, through the painting, the careful and detailed perception of an abnormal world, of an extraordinary universe that only a vivid and febrile imagination is capable of birthing. Larsen is the surrealist of our times, the expert puzzle solver of images with a particular predisposition for the illusion, the metaphor, but also for the fairytale narration and the subversion of meanings. His works suggest multiple levels of interpretation.

Edward De Bono, the Maltese psychologist would say (author of “Lateral Thought”), that Larsen looks for elements, ideas and intuitions outside, in a manner of speaking, from the control of the conscience and from the rigid chain of logic. He does this using objective elements and concrete elements, like the perfect morphologic conscience of the flora and fauna or, of the works by our grand masters and entrusts in that single capacity to associate the images in a completely unexpected way. Claude-Lévi Strauss would label him as a “handyman” for his innate predisposition to follow unusual mental connections where words and images generate sudden short circuits one on top of the other, optical impressions and visual hypertext as in a mysterious, cryptic puzzle. In the works of Larsen, the famous images undergo unexpected alterations and the usual places or locations become uninhabited environments.
Clearly, Magritte e Dalì are distant parents to his family of works where the appearance deceives more than ever. Larsen creates a fantasy kingdom, a visionary zoo where ducks, penguins and toucans soar above the spires to teach us that everything flows and transforms, and that in nature change is the only unchangeable law.
Larsen paints precise and limpid figures demonstrating that things are ambiguous. His worlds are ultra-precise reminding us that our certainties are uncertain. He renews surrealism giving it a rebirthing, but his surrealism is in delicate a cheerful forms, when the lesson is taught (not by Freud or Lautréamont), but by the little face of a squirrel. Observer beware, to think of surrealism while standing in front of his works is not at all necessary because we can circumvent the traps of his images and avoid the interrupted paths of his meanings. We can forget the double meanings of his
non-sense, which can restrict us while moving through his lawns and skies where time is never exact, because winter is born in spring and dawn begins at midnight.

Artist statement:
My works suggest many levels of interpretation where nature and the collective memory comprise fundamental points of reference. The vivid and brilliant colors of my works help create a painting of the highest definition (long before HD TV), made of optical illusions and traps for the eye. A careful reading of the paintings takes the spectator through the muddle of aesthetic transfigurations and the tight weave of optical illusions towards a larger more encompassing environmental knowledge and awareness.

Claus will be exhibiting with Just Art Gallery

The deadline is approaching! Space is limited!

Enter in this month’s Art Competition “All Living Things”

for a chance to WIN the COVER of AQM Issue “TWO”

Each month someone will win One Year of representation with