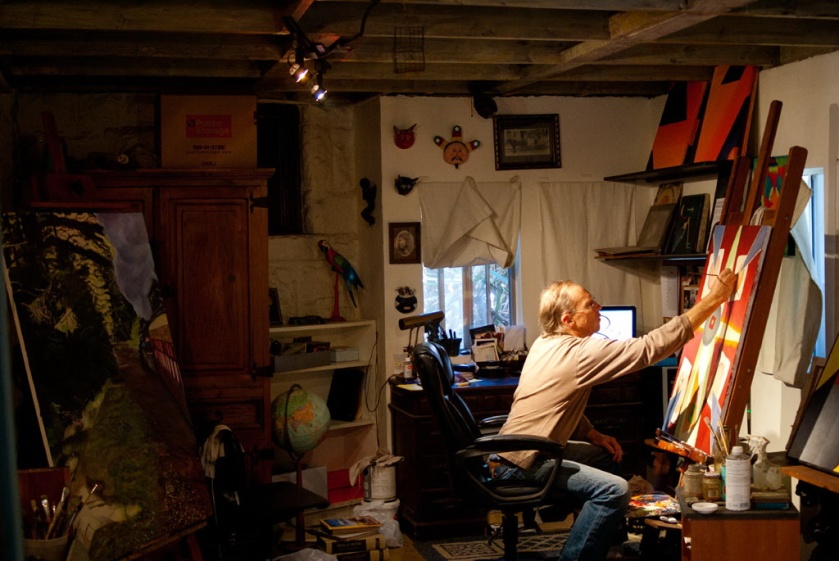 David tells us his story…

Born David Whitney Douthat in Santa Monica California,1955. Attending public schools he found drawing to be a most rewarding skill. One of his first jobs out of high school was airbrushing t-shirts in a factory that supplied department stores. The music and culture of the 60’s and 70’s were intrinsic to his young artistic soul and as fate had it the San Francisco Bay became his home, living in Oakland where he learned color theory, sculpting, and the love of applying color to canvas at Junior Colleges. A Painting class at The San Francisco Art Institute revealed the unique world of the Studio Artist, David was hooked. 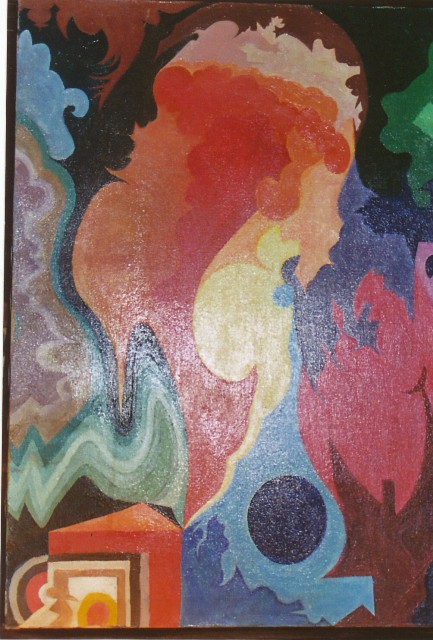 To pursue his Fine Art education he found Sonoma State University, 50 miles north of San Francisco, in a rural setting surrounded by hay fields that seemed an ideal reclusive location. David’s brother and sister both graduated from Hastings Law School in San Francisco and in Art History he found it fascinating that a lawyer from Russia would turn to Fine Art and devote his life to the intelectual comprehension of Abstract Art. Thus Wassily Kandinsky became his mentor. 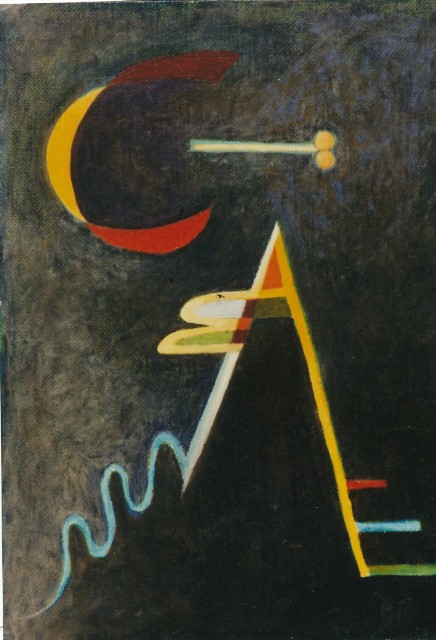 above: 1981 “Point Line and Plane oil on canvas

William Morehouse was in charge of the Art Department at Sonoma State University and Davids painting instructor. Through discussions and critiques David learned that diversity in ones work is the best way to learn about oneself as an artist. Jay Defeo’s outside of the box approach to her own art and her insights to the importance of drawing gave David a sound foundation in approaching his own art. 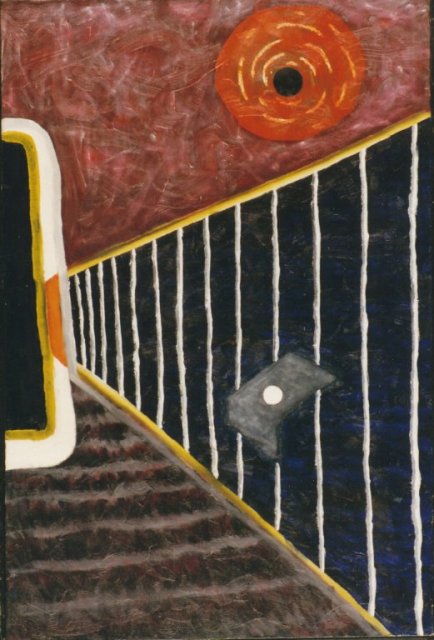 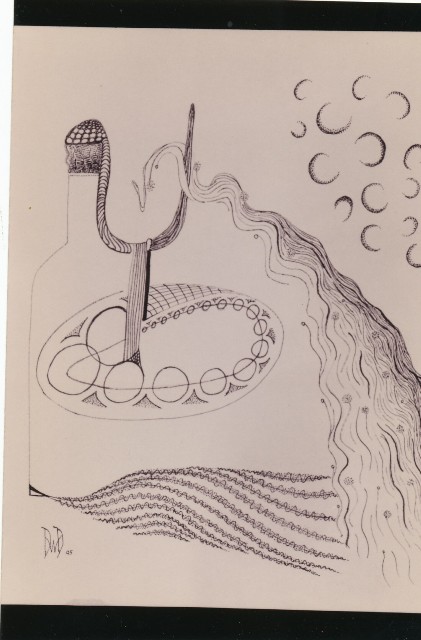 After graduating Sonoma State University Davids encounters with the work a day world led him to retail work,sales jobs, and then the construction industry. He worked as a house painter and in 1989 got his Painting Contractors License which he made good use of over the next 20 years. All the while he never abandoned his love for making art, showing his work locally and learning Faux Finishes creating custom finishes on furniture.

Moving back to Southern California in the mid nineties, he lived in Hollywood. There he made more art and got it in shows and festivals. In 1995 he was the Scenic Painter for the award winning theater show “In Search of Fellini” a solo performance by Nancy Cartwright (the voice of Bart Simpson).

1996 David at his booth at an Art Festival

David met his wife Sue, also an Artist, and they began Whitney Studios (see WhitneyStudios.org). They were looking for a studio to rent in the Arts District in downtown L.A. and decided it would be smarter to buy a house, as a mortgage was the same cost as rent. They found a 100 year old house 5 minutes from downtown. It has been their home and studio ever since.