Amy Jackson is a multimedia artist creating out of her home studio in Germantown, Maryland since 2003, but has been artistic almost all of her life in one form or another, even though this has not necessarily been encouraged, or of something that she has been aware.

Amy began painting in finger paints in first grade, for example, but destroyed them all. Likewise, she got rid of all of her early poems in elementary school, but her “first” poem was published in The Old Red Kimono in her senior year of high school, a literary magazine of what was then a local junior college, encouraged by her advanced placement English professor, who passed away tragically the following year in his sleep at a young age.

Jackson wanted to be a writer so badly growing up, but was discouraged by her family, and instead chose a double major of International Relations and Spanish at Agnes Scott College in Decatur, Georgia. However, due to a near nervous breakdown due to many factors after her junior year, she took a year off and returned to her home town of Cartersville, Georgia. Returning for her successful senior year, all of the credits required for her International Relations Major had changed, sadly, and although she had seventy-nine hours under her belt at that point, she had to drop that major, and pursue the Spanish major solely.

That being said, Amy would dream of taking art classes at the Agnes Scott Dana Fine Arts building, but never had any room for the extra credits with her double major. She was also afraid that a real art teacher would break her thoughts of abstract painting ideas, considering Amy couldn’t really draw anything more than a stick figure representationally. 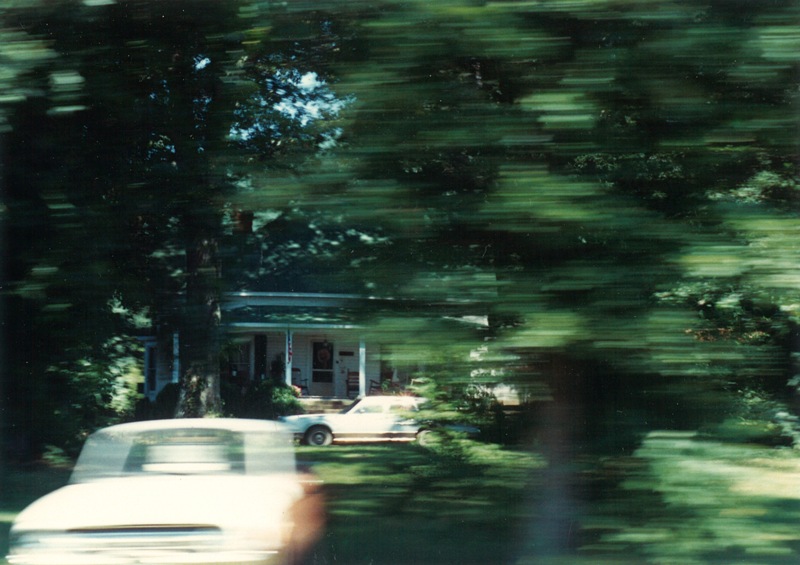 In the meantime, Jackson had been taking some photographs with the camera that her eldest brother had given her for her graduation from high school, and several were published in the campus newsletter and yearbook. She began to develop a sense of something, pulling her through the lens, she knew not what.

Amy continued to challenge herself professionally and worked for social work nonprofits largely for the next sixteen years. On the side however, she continued to take photographs more and more.

In 1993, she had developed such sever temporomandibular joint disfunction (TMJ) that she required exploratory jaw surgery. Her colleagues at the Friends Committee on National Legislation (FCNL) encouraged her to paint to express her intense, chronic facial and jaw pain, so she did, and that was the true beginning of her painting career. She had been creating the tiniest of paintings with the smallest of paint sets that a friend had given her, producing colorful lifelike clouds on a tiny notebook in the park outside the Senate office buildings on her lunch break.

Now her friends gave her huge pieces of watercolor paper and real tubes of paint, brushes and tools. After her TMJ surgery, Amy taped the paper onto the wall in her extra bedroom and painted her first large watercolors, such as Storms Inside the Iris and Haiti. Her friends, and Amy herself realized she had some sort of talent. 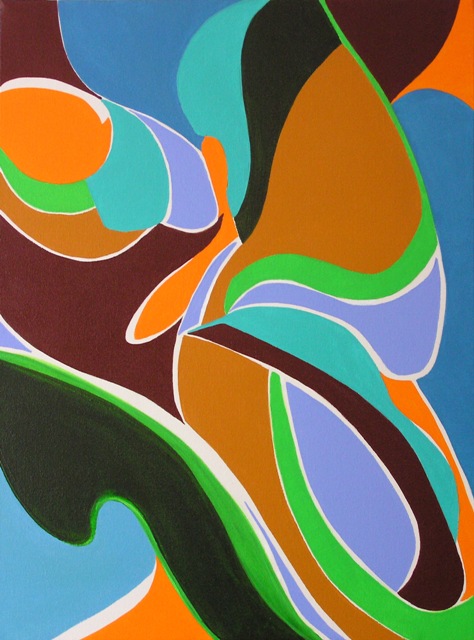 Skipping over a great deal of time and life experience however, in 1998, having had clinical depression for most of her life, Amy had a psychotic break and real nervous breakdown, realizing repressed memories of child physical assault, and sexual abuse. From February of that year until September, her mind reeled with the abuse and awful things, until it was more than she could take and she agreed to go onto medication for the first time in her life.

Since 1984 and to the present, Amy has been in some form of counseling for the abuse, and to this day, she has remembered ten abusers, some family, some outside the family. She has been additionally diagnosed with Post-Traumatic Stress Disorder or PTSD, and Dissociative Identity Disorder (formerly known as Multiple Personality Disorder) with over twenty personalities or alters.

Amy has written a memoir/literary fiction/novel about just a few of her experiences growing up entitled Rebekah’s Closet. It really only scratches the surface, though, she says, because “Who would want to put anyone through all of that?” 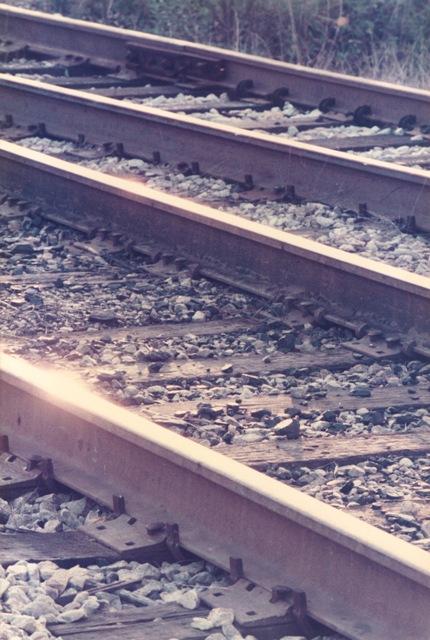 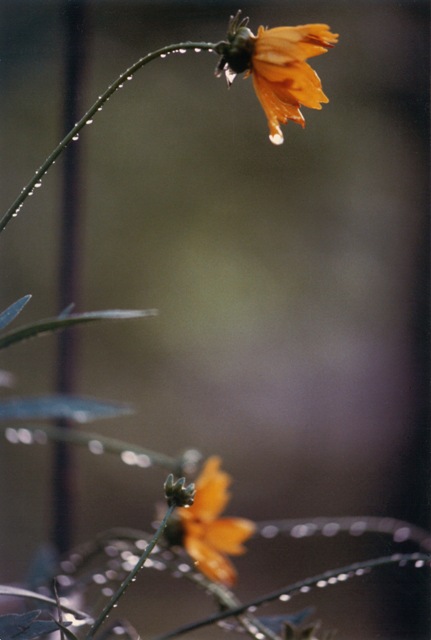 The book isn’t about vengeance, instead, the main character Rebekah travels around the world, through time, and back, in order to find her sanity, almost as if she were Persephone. She seeks peace on her own, and to heal the troubled world around her, before the Millennium. “Let Karma find the guilty,” she says.

In 2000, Amy discovered an industrial machine shop in Nashville, Tennessee where she lived, and began a whole new series of industrial photography. She saw all sorts of painterly forms in the abstract close-ups

of the metal plates and huge machines and scraps. Then she had the nerve to explore a local scrap yard, with permission, of course, and another liability waiver, and hard hat.

Amy grew up Presbyterian, but now is a Buddhist. It is the spiritual system that makes the most sense to her, and she practices yoga and meditation daily. She also sees the influence of this spirituality in her art – in that she is inspired by the presence of life in all forms of Nature around her, the sanctity of all forms.

Still troubled daily by the demons of her past, Amy is only able to create for about an hour or so a day, but paints as much as can, then rests or meditates, and walks her dog Chipper three times daily. Her husband Jason Stelluto supports her since 2006, as she is no longer able to work a full-time job.  She so far is only able to do her industrial photography in Nashville, Tennessee with a liability waiver. Amy is working on her second novel, entitled The Front Porch, which takes place in Takoma Park, Maryland about three middle-aged folks trying to find their way through to joy.

Amy’s paintings are a vehicle for her to do just that. Whether she is working through the Rage Series, or painting on the Tropical Landscape Series – emoting through the brush helps her alters get her out of herself and into the world for a time, to process her feelings for her abusers, or for her beloved endangered environment. 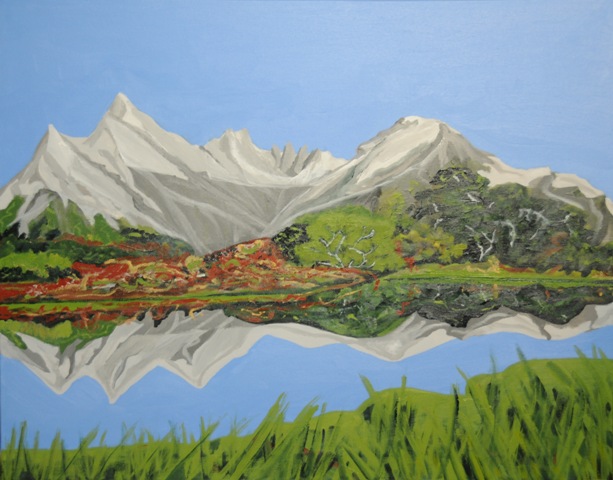 Jackson plans to write a screenplay for Rebekah’s Closet next year so that it can become an art movie in Paris one day soon because she has never been to Paris. In November she will begin her next painting series, which will be the Vietnam Jungle Series, to vet her love and angst for that beautiful but troubled part of the world.